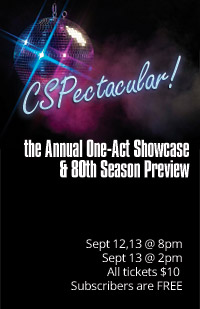 The story is set in 1938 at an insane asylum and concerns eight women who believe they are famous women from different historical periods: Joan of Arc, Amelia Earhart, Gertrude Stein, Susan B. Anthony, Queen Isabella of Spain, Constanze Mozart, actress Pearl White, and explorer Osa Johnson. They have come together to represent the women of the asylum in planning for an attack they believe is soon to come from the men’s ward.

“Missing Life” explores the ripples that extend and destroy the lives of those surrounding a vanished girl. Through a series of monologues, the audience experiences the consequences of mystery and grief long after a child disappears.

Hamlet is having issues in his love life. Lucky for him, his buddies Macbeth, Benedick, and Romeo are full of advice. Really, really full of it. Fortunately there’s Viola, disguised as the messenger boy Cesario, trying to add a little sanity to the testosterone-loaded chaos.

The Sisterhood of the Tragic Nightgown

We may all be familiar with the untimely demise of some of Shakespeare’s greatest female characters like Lady Macbeth, Desdemona, Ophelia, and Juliet. But what happens then? Tragic and magic lay in wait for these four ladies with just one thing on their mind, “What the *!@&$# just happened?”