I got three things to say about last night production of “One Flew Over The Cuckoo’s Nest” at Newark’s Chapel Street Player, on well … Chapel street.
Directing. You can’t see it, but I am standing in front of my computer, clapping. Bravo Brian Touchette and Susan Boudreaux.

One Flew Over the Cuckoo’s Nest, Dan Wasserman’s stage adaptation of Ken Kesey’s 1962 novel, which premiered on Broadway November 13, 1963 and ran for 82 performances with two revivals (off-Broadway, 1971, and Broadway, 2001) and inspired a film version starring Jack Nicholson, premiered on the Chapel Street Players stage Friday evening. 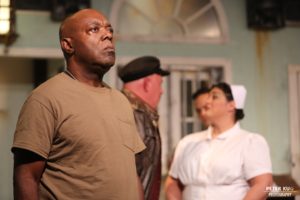 In the program’s Director’s Message, Brian Touchette states his objective is to immerse the audience in the world of the play. He begins even before the play starts by cleverly presenting the curtain speech as a letter from Nurse Ratched,

Murder on Cue is a well-paced, comedic nod to community theater and mysteries and Clue! and Newark and if you’ve spent some time at CSP, there are some special inside jokes for you, too. The characters are caricatures of the suspects in Clue!, 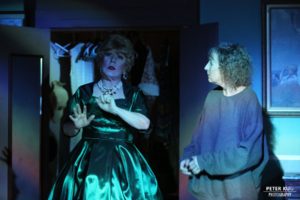 I went to see the “The Memory Of Water” yesterday afternoon. It was pretty wonderful. All the actors were great, the set superb, and the direction tight. It was a community theater homerun. 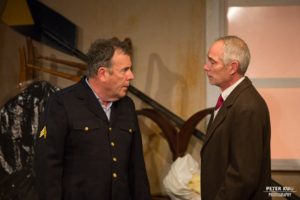 The Price, a drama by Arthur Miller that premiered on Broadway in 1968, was nominated for two Tony Awards, and revived four times, came to the Chapel Street Players stage Friday. Director Ray Barto (The Fantasticks) is at the helm of this latest CSP production that stars: Dan Tucker, 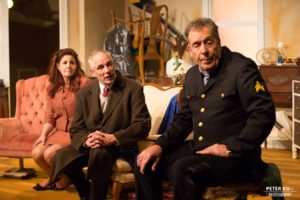 “The Price,” the 1968 play by Arthur Miller and third show of the season for Chapel Street Players, is cathartic.

It’s cathartic to watch and must be cathartic to perform, with lifelong conflicts finally resolving into a peace with the past, fictional as it is.

Chapel Street Players continues their 83rd season with You’re A Good Man, Charlie Brown, a lighthearted romp based on the book by John Gordon and featuring the lovable Peanuts created by cartoonist Charles M. Shultz. After the powerfully provocative 1984, a fun musical with beloved characters is just what the doctor ordered, 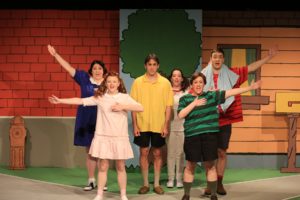 This holiday season in local theater has brought noticeably fewer Christmas shows than in the past.

Whether in response to the country’s political climate or by coincidence, most of the theaters in Northern Delaware are skipping the sleigh bells and carols in favor of productions that capture the feel of the season without trumpeting Christmas. 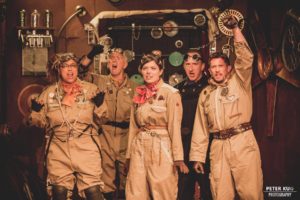 You might have heard about Robert Icke and Duncan Macmillan’s “1984” on Broadway this summer, a version so graphic that people reportedly vomited and passed out during shows.