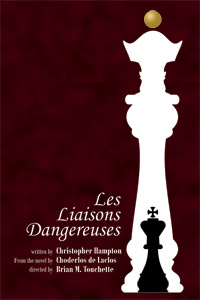 In 1987, this play was nominated for seven Tony Awards but the play did not see wins until the 2008 revival (five nominations with one win). It was adapted as a movie (Dangerous Liaisons) and received three Oscars out of seven nominations.

Crackling with wit and wickedness, Les Liaisons Dangereuses depicts the decadence of the aristocracy shortly before the French Revolution, as Valmont and Merteuil play their cruel games and pervert pure innocents with devastating results. It is a conniving and treacherous tale and provides a voyeuristic peek into a world in which sex is used as a weapon between two masters to humiliate, control and degrade.